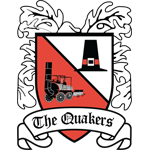 Spennymoor played out an uneventful and scrappy Boxing Day goalless draw with rivals Darlington at an empty Blackwell Meadows.

Both side cancelled each other out on an afternoon of few chances, with The Quakers spurning a glorious chance late on when Erico Sousa fired wide from close range

Tommy Miller made one enforced change from the side who started the defeat in the Trophy to Southport a week ago, with Tyler Forbes replacing Carl Magnay at right back.

Darlington began the game brightly, with captain Will Hatfield testing Dale Eve after two minutes with a stinging drive, however, Moors’ keeper was up to the task.

The early signs that Storm Bella was making it’s way towards Blackwell Meadows was apparent in the early exchanges, with the gusting wind making for a scrappy phase of play.

Moors began to assert some level of dominance when Glen Taylor’s glanced header tested the alert Melvin Minter, before Jamie Spencer’s dinked cross was calmly headed back to Minter by the experienced Nicky Hunt.

The referee was called into action shortly after as the game’s first flashpoint arrived after a late challenge from James Curtis. Cries for a red card from the side in black and white were waved away with Moors’ captain receiving a yellow.

The man in the middle was at the centre of matters ten minutes later when a surging run into the area by Jamie Spencer was halted by a clumsy challenge from Omar Holness, but the referee saw nothing to make him point to the spot.

An already scrappy and disruptive clash was halted for a short period when Louis Laing was forced off with a serious looking injury, with Sean Reid replacing the defender.

There was little in the way of goalmouth action as the game struggled to ignite as the half grew older, with both Stephen Thompson and Omar Holness receiving yellow cards.

Darlington, playing against the wind, carried little in the way of a goal threat, with the likes of Dan Maguire and Adam Campbell isolated and unable to find space.

Moors began the second half with an extra burst of energy and intent, with former Quaker’s hero Thompson spurning a good opening after Taylor knocked the ball down in the box.

The Quakers had barely threatened since Hatfield’s shot in the opening minutes of the contest, but carved out the game’s stand out chance when the ball fell to Sousa six yards out, but he smashed his shot wide of the post.

In a game of few chances on an afternoon plagued by horrendous conditions, Spencer was key in the midfield battle. 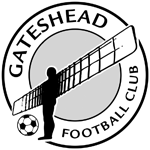