Dominant Moors cruise through to next round 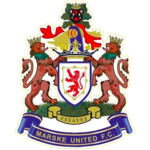 A scintillating display of attacking football saw Moors cruise past Marske United to set up a Third Round tie with fellow National League North side Southport.

Former Moors striker Adam Boyes had equalised for the Northern Premier Division One West side shortly after Forbes’ opener, with Matthew Tymon netting a late consolation.

Miller made four changes to the side who drew 1-1 with York City on Saturday, with Jamie Spencer, James Curtis, Ben McKenna and Carl Magnay dropping to the bench.

Scott McLean, Buddle, Jason Kennedy and Thompson were promoted to the starting eleven on a sub-zero evening at The Brewery Field.

The match immediately had an open feel, with both sides adamant on attacking and creating chances at will. Taylor skewed an effort wide from Anderson’s corner before Boyes threatened for the first occasion following a mix-up at the back, but his left footed effort was easy for Dale Eve to claim.

Ryan Catterick was tested for the first time when he got down to deny Thompson, before Boyes struck the side netting after a threaded through ball from Craig Gott.

The deadlock was inevitably broken twenty minutes in, with McLean whipping a deep cross to the back post where fellow full-back Forbes was lurking to side foot into the bottom corner.

It was the right back’s first goal of the campaign, however, he was soon to be culpable for the visitors instant leveller.

When he misjudged a header across his own area, Boyes was alert enough to pick up the scraps, round the outrushing Eve and slot into an empty net.

Rob Ramshaw burst into life shortly after, collecting a low cross from the lively McLean before spinning a shot goal bound, but the lack of power allowed Catterick to make the save.

A moment of brilliance from the evergreen Anderson put Moors back ahead ten minutes before the break, with the midfielder arrowing a shot into the top corner via a touch from the sprawling Catterick.

The silky playmaker was involved in Moors third goal just before the half time whistle, with his unstoppable corner zipping on to the head of Joe Tait who couldn’t miss from two yards out.

That header gave Spennymoor a cushion as the second half continued in similar fashion to the first.

Glen Taylor grabbed his customary goal ten minutes after the restart, squeezing a low strike in after a cross from Ryan Hall and clever dummy from Ramshaw, before Thompson’s drive and determination allowed him to hammer a low drive under the body of Catterick to add more gloss to the score line.

McLean was unfortunate not to find the top corner with a stunning long range strike as Moors continued to flex their attacking muscles, however, the visitors had chances of their own.

Tymon spurned two clear cut openings when he failed to beat Eve inside the area following two carbon copy crosses into the area.

The sixth of the evening arrived from another corner, with Buddle, who was appearing for the first time since the 2-0 defeat against Guiseley at the start of the month, heading in his first goal since October.

Tymon finally grabbed the goal he had been threatening all night when he rifled in past Eve with three minutes remaining.

Moors will now face Southport at home in the Third Round on Saturday after their 1-0 win at Marine.

Scored one. Created two. A majestic all round performance from the midfielder who is back to his best after breaking into the first team.